On the 8th of December 2020, EUD followed an online Strategic Dialogue titled ‘Platform work and ways to improve working conditions of people working through platforms’. During the meeting, the European Commission discussed the ways in which the EU can improve the working conditions and social protection of platform workers.

Entering the open labour market through platform employment has become an increasingly common element of European societies. However, many platform workers are not recognised as workers as such, which impedes their exercise of fundamental labour rights and standards. Deaf platform workers are at risk of intersectional and multiple discrimination, on the basis of language and disability, but also by not having this legal status of worker recognised.

Max Uebe, from DG for Employment, Social Affairs and Inclusion of the European Commission, presented the state of play of the Commission initiative, which foresees consultation with social partners in the 1st and 2nd quarters of 2021, and he explained that the European Commission would present a specific initiative at the end of 2021. He explained that some of the challenges faced by platform workers include their economic status, their working conditions, social protection, as well as cross-border dimension and collective representation and bargaining.

Jorge Crespo García, EUD Assistant Policy Officer, took the floor during the Strategic Dialogue and called for the disability perspective to be included, not only looking at persons with disabilities as users of services but also as workers. He called for the recognition not only of labour and trade union rights, but also relevant rights such as reasonable accommodation, as enshrined in secondary EU legislation through the Employment Equality Directive.

In light of this initiative, EUD will closely follow and take part in the social dialogue meetings to ensure that the deaf and sign language(s) perspective is fully included in the initiative, as well as the obligations stemming from the UN CRPD.

EUD would like to thank the European Commission for the organisation of this Strategic Dialogue. 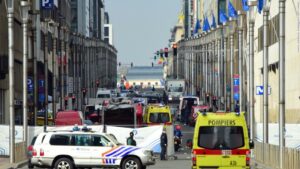 On 12th of October 2021, the EUD attended a webinar co-hosted by the European Disability

On Tuesday 29 September, EUD participated in a seminar on Multilingualism and Language Diversity organised