Interpretation in Czech Sign Language is finally available on TV, after several appeals from organisations.

Czech Republic Union of Deaf and Hard of Hearing has put a lot of pressure on the government in Czeck Republic and on Czech television (public service) and eventually succeeded in ensuring interpretation in Czech Sign Language on television. Live government press conferences and major news are now being interpreted. There are also live closed captions.

Also, Czech Republic Union of Deaf and Hard of Hearing cooperates with the Ministry of Health. Due to this cooperation some information videos are being translated into Czech Sign Language.

The Ministry of Health and the City Hall, for example, are trying to interpret important outputs.

Czech Television had many meetings with many deaf people. 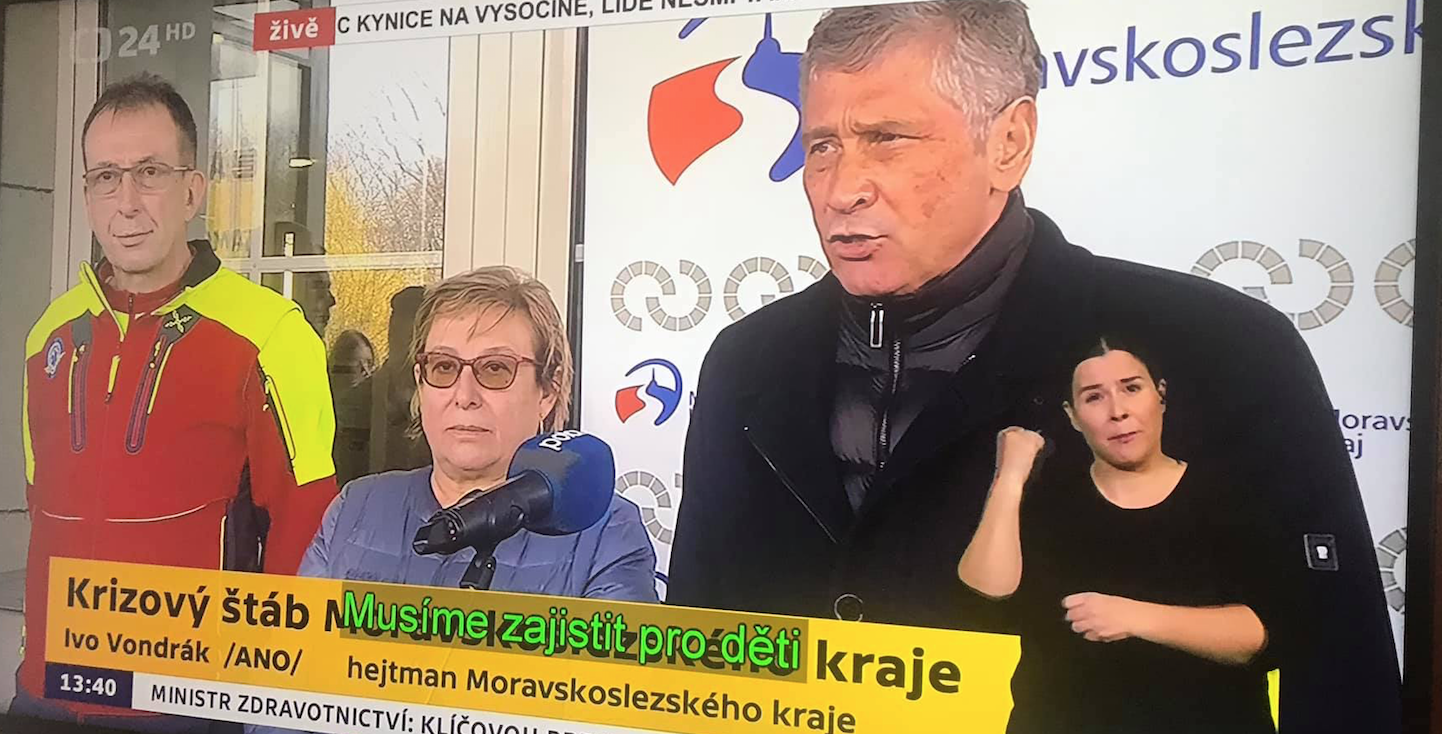 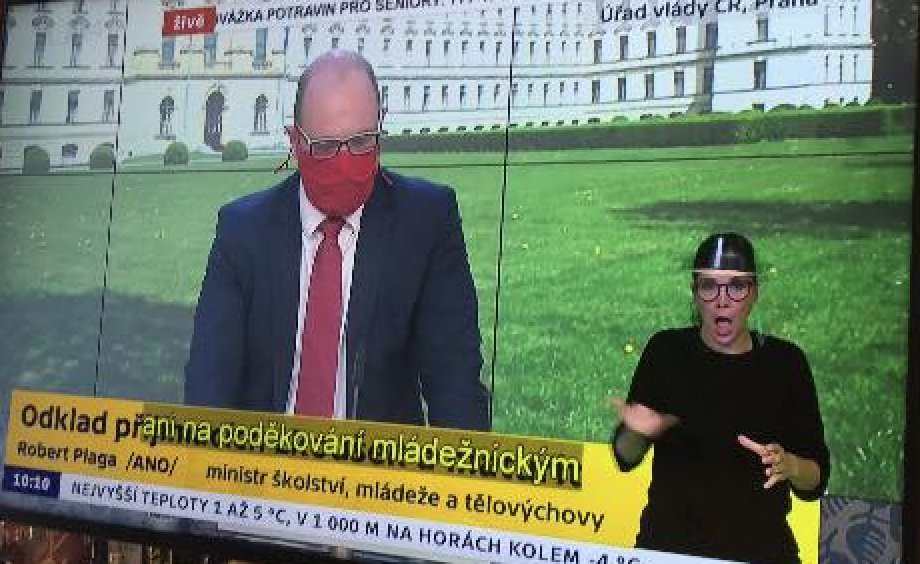