Latvian Television has expanded its content, which is translated into sign language, during an emergency of “Covid-19”. Sign language interpreters are available during the press conferences and on several programs on the Internet.

However, there is a problem for older people and people in rural areas, who probably do not use the internet. The government has now sent out SMS to all residents of Latvia. We are also planning to send out SMS where the deaf people can turn to an emergency, how to get a sign language interpreter’s services in an emergency.

In parallel, the Latvian Association of the Deaf is preparing its own video messages / news on the emergency situation, which is published on its website and on Facebook.

Currently, the Latvian Association of the Deaf negotiates with television, so that all events of an emergency, all broadcasts with sign language interpreters are broadcast live and can be viewed on television, rather than mainly via the TV platform on the Internet. 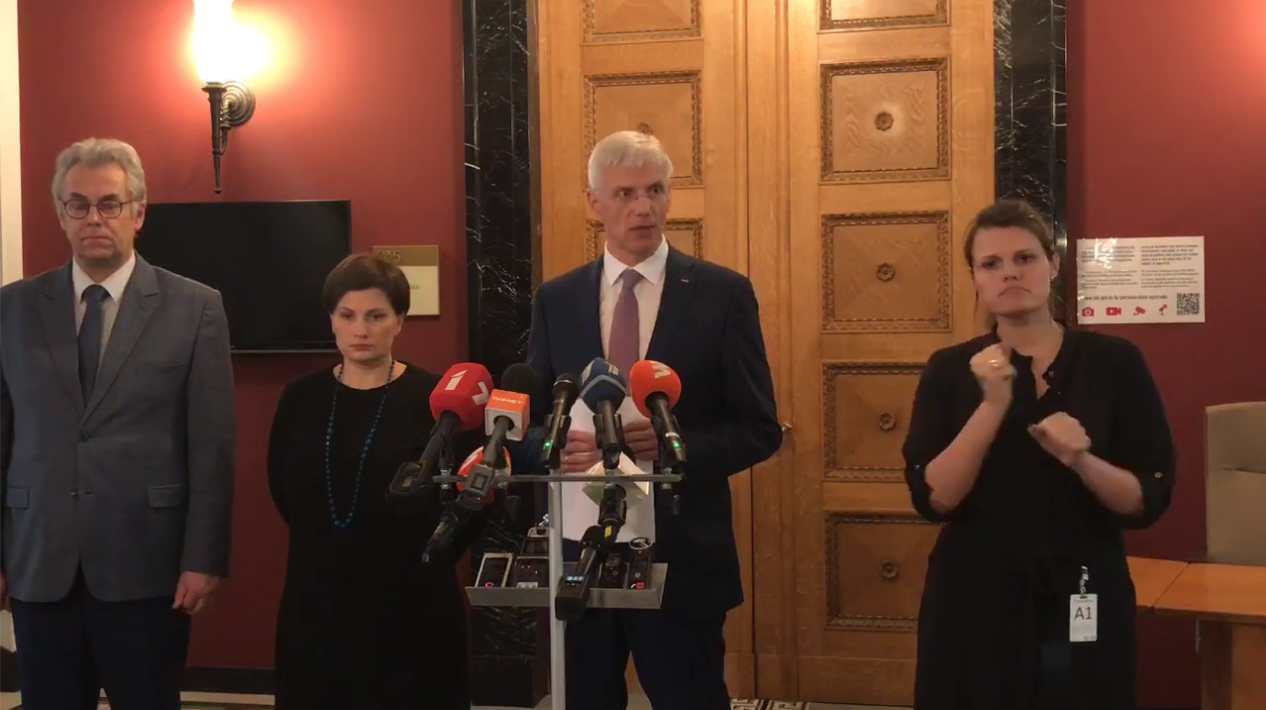 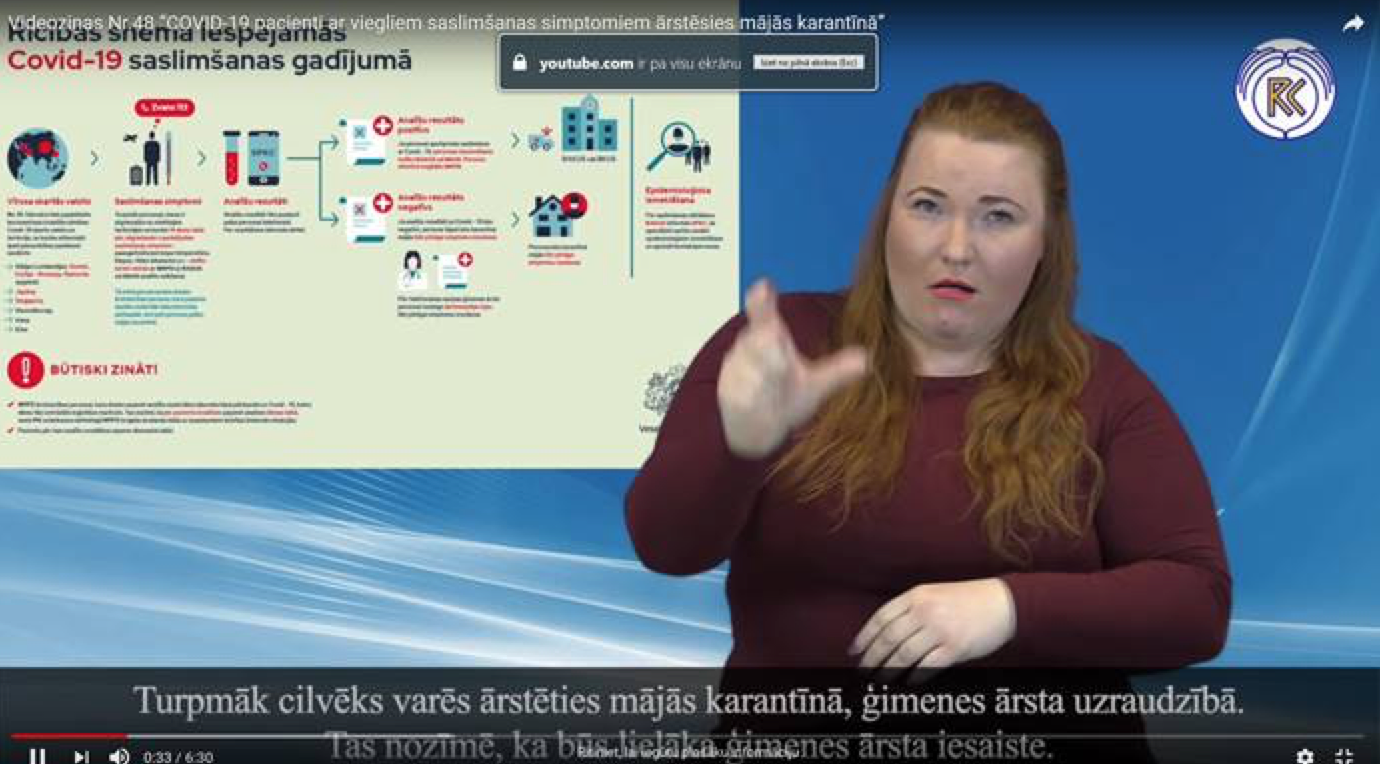