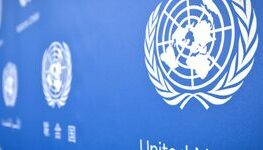 From 18th to 23rd of August 2021, France was reviewed by the UNCRPD Committee, which is made up of 18 independent international experts. As a State party to the UNCRPD, France is required to undergo regular reviews on its implementation of the UNCRPD and the Committee’s previous recommendations.

France was represented by its Secretary of State in charge of Persons with Disabilities, her Excellency Sophie Cluzel, and her team.  During her opening speech, she argued that France had earmarked 1.5 billion euros to fund their national disability policy, which is the third largest budget in Europe, after those of Sweden and Denmark. Mrs Cluzel argued that the progress made so far shows that France presents itself as a society that values personal choice dedicated to ensuring care and support for each individual. Furthermore, she argued that during the public health crisis, France has worked to guarantee that the needs of all citizens are addressed through every means of communication and accessibility. One of these was presenting information about COVID-19 in French Sign Language, with easy-to-read French subtitles. The government developed legislation to strengthen the accessibility of audiovisual services, stipulating that television channels must make their programmes accessible for deaf and hard of hearing persons. However, there are still no obligations to translate programmes into French Sign Language. Mrs Cluzel stressed that the French government is committed to achieving the goals of de-institutionalisation and universal accessibility, despite the challenges that they pose.

During the review, members of the Committee raised concerns about the lack of information and data, the problems with de-institutionalising the education of disabled pupils, the difficulties faced by women and girls with disabilities, and a variety of issues related to the rights of deaf persons in France. Mr Samuel Njuguna Kabue asked a question on deaf people’s access to justice, as they had not been provided with interpreters when being detained or interrogated. The French representatives responded that sign language interpretation is not mandatory for a deaf suspect but that subtitles have been provided during hearings.

Jonas Ruskus, Vice-Chair of the Committee, asked questions about the inclusive education of children with disabilities, including those living in institutions, and the provision of reasonable accommodations and education in sign language.  France responded by stating that they have worked with deaf associations to propose and roll out bilingual teaching, which is currently taking place in six out of the 30 schools that have offered a bilingual path from primary to secondary school, and ten of the 30 schools that have a partially bilingual curriculum. Regarding the provision of reasonable accommodations for deaf and hard of hearing students, they must apply to the disability advisor within their school to be assigned either French Sign Language or International Sign interpreters.

In conclusion, this country review was an excellent opportunity for us to find out more about what deaf people are experiencing in France. The Committee has released the report on their concluding observations, which recommended that France continue encouraging deaf children to learn sign language and participate in deaf culture, as well as ensuring the accessibility of information about the pandemic for all persons with disabilities, including in French Sign Language.

As part of the process of drafting a General Comment on Art. 27 of the

Today EUD have co-signed a letter from EDF in cooperation with its other members, about

EUD wishes you all a very Merry Christmas!

The EUD team wishes you all a very merry Christmas! Our external communication will be

EUD wishes to thank the 2009-2013 Board for excellent four years. Throughout the four years,